Why greenkit lights are different

an invaluable addition to our mobile, low energy shooting kit 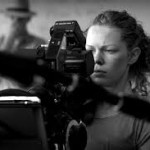 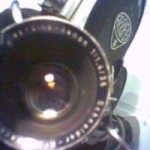 lovely to support, and be able to play with lighting that looks after the environment 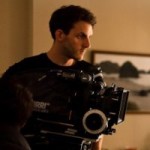 This light was very versatile giving us a punchy source in a small space.

The Stella Pro 5000 is great when you need powerful light in a tight space. 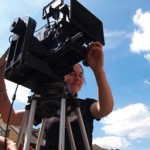 Greenkit is a London-based film lighting hire company. We specialise in energy efficient lights, which we believe are the future of film lighting.

Pat McEnallay, founded Greenkit after working at Lee Lighting, Agfa and Panalux. He realised that many gaffers, cinematographers and producers wanted to make more sustainable films but that they struggled to find green lights that really performed on set. He interviewed more than 70 of them for his MBA thesis at Brunel University and his findings gave him the idea for Greenkit.

When researching which lights to include in our film lighting hire kit, Pat discovered that as well as being cheaper to run, energy efficient lights are also cool to operate, portable and can often run off batteries; making them a great choice for filmmakers.

As well as film lighting hire Greenkit also has a choice of stands, clamps and other accessories and light distribution and control. Pat’s even been able to source a biodegradable poly, which is exclusive to Greenkit.

We want to give you the best film lighting hire options, so if there’s something you need for your next project let us know

This light was very versatile giving us a punchy source in a small space.

lovely to support, and be able to play with lighting that looks after the environment

the students found it more than interesting, you have provoked a lot of thought with your very green illuminations

an invaluable addition to our mobile, low energy shooting kit