The Arri Skypanel family is growing But we think the two most useful sizes for Greenkit customers are the ARRI Skypanel S30 and its bigger brother the ARRI Skypanel S60. Skypanels are fully colour tuneable, so no need to fiddle with additional gels. They come pre-loaded with the full sequence of product numbers for both Rosco and Lee gels.  In addition Skypanels also offer special effects from sirens to fireworks – at the touch of a button!

ARRI build quality, battery options and all the colours of the rainbow

ARRI lights are handmade in Germany to robust and exacting standards. So the ARRI Skypanel S30 won’t let you down on set. It’s easy to run off Vlok batteries using the special adapter plate. If you use mains power you’re looking at a power consumption of less than 200 watts. For that you’ll get a punch that exceeds a 1kw tungsten and matches a 3kw space light.

The ARRI Skypanel S30 is a compact powerhouse

While it’s still a chunky package, as you’d expect with all these features, the light itself is a manageable 9kg and fully packed the unit weighs less than 14kg. The power supply can be unclipped from the unit if you want to reduce the weight for rigging.

We love the effects that gels give you but hate the waste generated by all those offcuts. So the ARRI skypanel series ticks the environmental boxes for waste management as well as for power consumption. 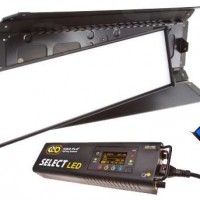 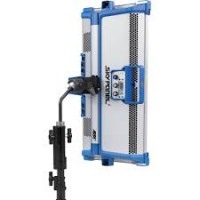 thanks for your enquiry, we will call you back as soon as possible to discuss it.

In the meantime do check out the following for more information on greenkit, our film lighting products and industry related news:

Simply fill in the form below and we will get back to you.

thanks for your enquiry, we will be in touch as soon as possible.

In the meantime do check out the following for more information on greenkit, our film lighting products and industry related news:

Tell someone about the ARRI Skypanel S30 – RGB LED Panel

Simply fill in the form below and we will email a link to this webpage to your colleague/friend.

thanks for forwarding on information about the ARRI Skypanel S30 – RGB LED Panel.

Whilst you are here do check out the following for more information on greenkit, our film lighting products and industry related news: